REACHING OUR YOUTH WITH THE TRUTH

The People of H.A.R.K Ministries 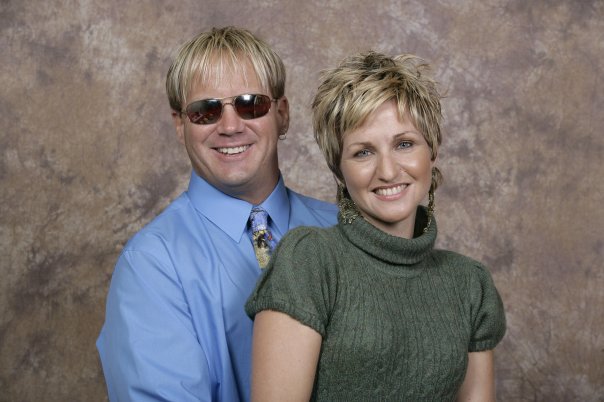 John & Bridget Cunningham
John Cunningham
john.cunningham@harkministries.net
H.A.R.K. Ministry Inc.(Founder)
I was born in Philadelphia, PA. A short time later, my family moved to New Jersey, where I spent my childhood in Wildwood. Later, we relocated to Florida, “The Sunshine State".
During my teen years, I became rebellious. I often associated with the “wrong crowd”. I began traveling down the wrong path and before long, found myself getting in many fights, dealing and experimenting with drugs, as well as engaging in other criminal activities.
In 1991, just prior to turning 21 years of age, I lost the majority of my sight due to a rare hereditary form of blindness, known as Leber’s Hereditary Optic Neuropathy (LHON). The significant loss of vision left me unable to work, drive and perform various other daily functions that I had previously taken for granted. Many of my friends, including my girlfriend, abandoned me during my darkest hour.
For many years, I struggled with alcoholism and drug addiction. Even getting married, starting a family, and attending college did not thwart my incessant dependency.
In the year 2000, my father passed away from ALS, also known as “Lou Gehrig’s Disease”. My alcohol and drug abuse sky-rocketed. I nearly lost my wife, my children, my home... and my life!
Six weeks after my father passed away, I hit “rock bottom”. I knew that I needed to change my lifestyle... but how???
I broke down and started attending some sobriety programs with a friend. I began learning about my “Higher Power”. A short time later, my wife and our two young sons began attending church regularly. I accepted the Lord, Jesus Christ, as my personal Savior. I prayed that God would deliver me from the addictions that had enslaved me for years.
God did exactly that! My prayers were answered. He not only delivered me from drugs and alcohol, but also helped me come to terms with my disability.
I strongly believe that God has placed a burden in my heart for the Lost- particularly youths that are headed down that same wrong path that I once traveled. It is my personal goal to help detour these young people and re-route them to walk down a better road... a righteous path... with Jesus Christ!
Bridget Cunningham
My name is Bridget Cunningham and I was born in Jacksonville, Florida. I grew up in a Christian home and my father was in the military. We did not stay in Jacksonville for very long before we moved to Panama, Central America. After Panama we moved to Fairfax, VA for two years and then my father retired and we moved back to Orange Park where I finished my last two years of high school. It was during those last two years when my life began to change for the worst. This was when I began to suffer from anorexia. I started restricting my food, exercising obsessively, and became extremely moody and depressed. At my worst, I weighed 89 pounds and all I could think about was food and how I could not have any of it. I started to become very self-destructive. I did not care what happened. I started drinking and dabbling in drugs here and there. I just wanted to disappear.

During this time, I met my husband and we were blessed with two children. Although I was still suffering from the anorexia, I knew the moment that my first son was born that I needed to live. God gave me my first child to save my life and to start me back on the right path. I started attending church when I could. One day my friend invited me to a play at her church about the Rapture. It was that night that I gave my life to Christ. I finally understood what it meant to be saved.

After I was saved, I began to pray for my husband. He was suffering from drug addiction and alcoholism and it was tearing our family apart. I prayed relentlessly. One day my husband came home from an all-night binge and said to me, “I understand if you need to leave. I am going to get help with or without you”. It was at that moment that I knew he was changing and God was working on him. After that day he never drank or used again.
God has placed a burden in my husband and me for reaching out to the youth and share the Gospel of Jesus Christ with them. Our youth need positive role models in their life when there is so much out there that can tear them down. Only with God’s Grace can the youth manage the peer pressure and negativity that this world has to offer.

My first quarter of a century was spent in very selfish and sinful living. Though i had heard about Jesus (thanks to my Grandmother) and didn't doubt the story of Him dying on the cross and rising again, i had no personal relationship with Him. During my first career out of college, a co-worker and her son showed me what the Bible said about sin and about Christ’s payment on man’s behalf. When reading the Bible in the privacy of my apartment, i was convicted of my own sin, and convinced that Jesus died for me! I fell to my knees and cried out for Him to save me, to be my Lord. Ever since, i have grown to know Him more fully, and to love Him more deeply. I have tried to help others come to know Him, as well. In addition to various roles in local churches, it has been my privilege, honor, and delight to serve (in some small way) besides John Cunningham, who has made a wonderful impact on so many young men in Palm Bay!

I was born in Florida, and grew up in south Alabama, son to a local farmer/cattleman and a retired teacher, with a love for sports.  An avid Dallas Mavericks and Crimson Tide fan, I have played and watched football, basketball and tennis for as long as I can remember.

After receiving Christ at a young age and surrendering to full time ministry, I was discipled by a friend in college which ignited a passion to invest personally in discipling men.

After receiving my BS from Troy University in Business Administration and Marketing, I studied theology and received my Masters degree from the Southwestern Baptist Theological Seminary in Fort Worth, where I met my wife, Katye.  We have served in ministry together for the last 20 years at churches in Kentucky, Texas and Florida, joining the staff of First Baptist Church of Melbourne in 2007 as Minister to Young Adults.  In 2009, I was asked to lead the start of the Bay West Campus of the First Baptist Church of Melbourne and in 2017, Bay West Church was launched as an autonomous church.

Katye and I are parents to three wonderful kids and Katye was elected to the Brevard School Board to represent District 5 in 2018, where she blends her passion for education with helping students in Brevard county.

After meeting John and hearing his heart for sharing the Gospel through sports, I was glad to join in the effort to introduce young men to Christ in Palm Bay.

My name is Michael Alford and I am the student pastor at Calvary Baptist Church in Melbourne, Florida. My parents split at the age of 5 and my mom remarried to an abusive individual. Home life was not the best and not feeling wanted by my father played a lot in my issues with authority. I was around Church all my life, but it was at the age of 13, that I finally committed my life to Jesus. I wish from that moment forward it would have been a life that is pleasing to Jesus but it's been a journey with mistakes and disappointments. I felt the calling to be in full time service since I was  15 but I spent most of the time running from that calling, not wanting too faced giving up my desires for Jesus. After having the opportunity to oversee the youth group at my church for a short season, I committed my life to what God wanted for me. A few years later my church asked me to come on part-time to lead the students and now I have been in full time Christian service since August of 2017. My desire is to glorify my Lord and Savior and use my passions that he is giving me to reach young people with the Gospel of Jesus Christ.